VANADIS® can strongly improve the chance of survival and the quality of life of a patient suffering a myocardial infarction.

Mode of action of VANADIS® in the treatment of myocardial infarction. 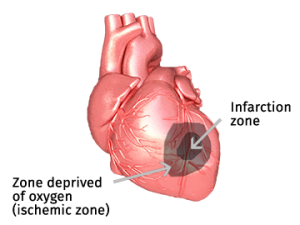 In the case of a myocardial infarction, the blood flow to the heart is (partly) blocked and an area of dead cells will form; the infarct zone as indicated in the figure. The infarct zone is surrounded by an area in which blood circulation is severely restricted, however in which the cells are still alive; the so-called ischemic zone. As a result of the restricted circulation, waste products are poorly drained and build up within the cells.

Myocardial infarction patients normally receive a percutaneous coronary intervention (PCI). This procedure opens the artery and re-establishes the blood supply to the heart muscle. The cells in the ischemic zone suddenly receive a large supply of oxygen. This influx of oxygen and the chemical reaction of the oxygen with the accumulated waste products cause cells to die. This is called the reperfusion injury. This reperfusion injury causes a significant increase of the infarct area.

By treating patients with VANADIS® before performing the PCI, cells in the ischemic zone become more resilient to the effects of the sudden oxygen influx. Cell death in this zone will be significantly reduced as a result. 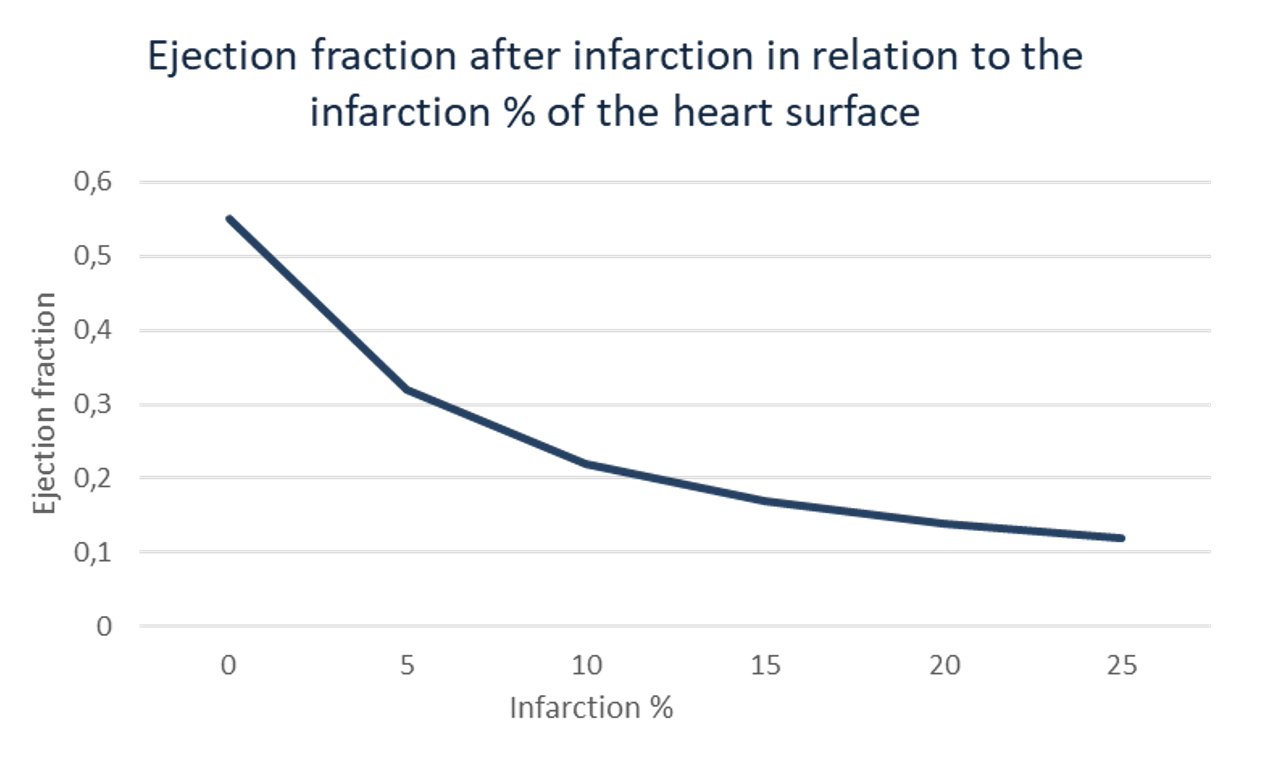 The remaining ejection fraction strongly determines the chance of survival and the quality of life of the patient after the infarction. It is also an important factor which determines the medical expense for the patient. Preclinical studies have shown that treatment with VANADIS® can reduce the infarct size by up to 42%. This preclinical measured effect is shown in the graph below. 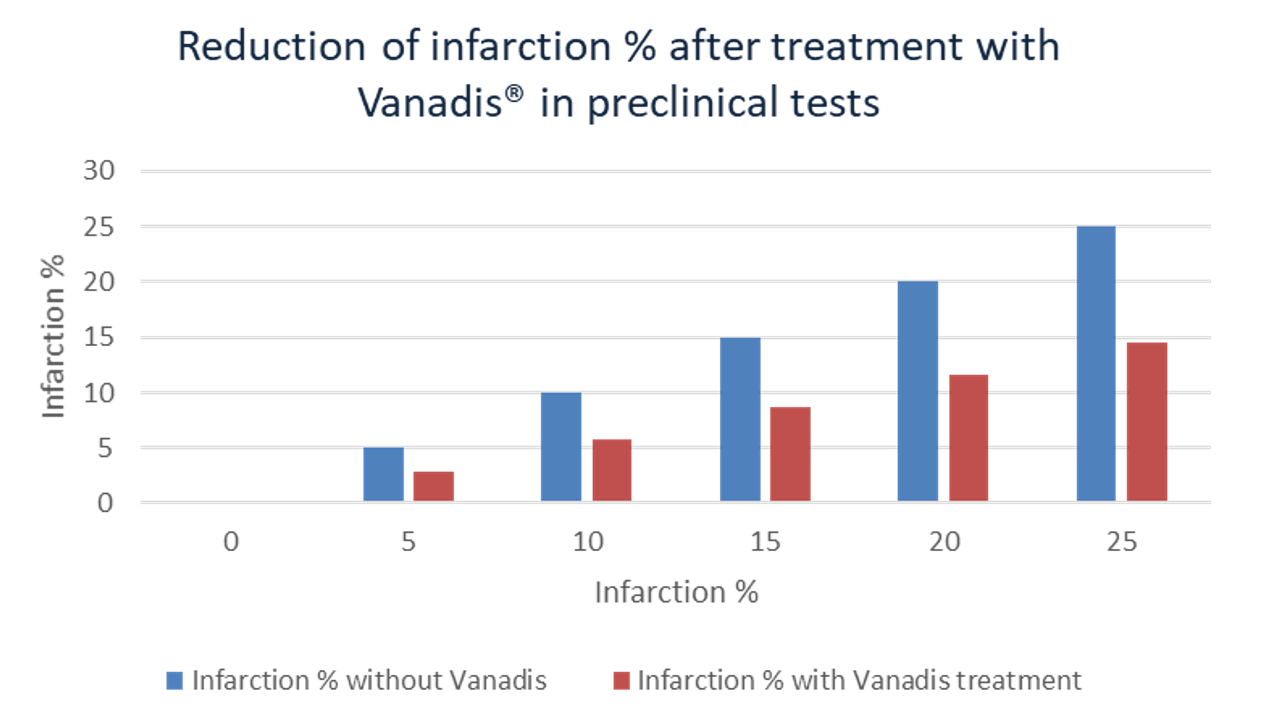 A similar improvement of the ejection fraction in patients would mean a significantly better quality of life; less likelihood of recurring heart problems and an expected reduced chance of a new myocardial infarction and heart failure. There is also a reduced chance of mortality. It is expected that such improvements are also achieved in humans. The planned phase II Proof of Concept (PoC) study aims to establish this.

What is the further development of VANADIS® for the cardiovascular application.

Preclinical (animal) tests with VANADIS® have been completed, with the aforementioned impressive outcome of 42% reduction in heart reperfusion damage. A clinical trial (Phase I) with healthy volunteers has been completed and shows that VANADIS® is safe, well tolerated and can be used without significant side effects. The objective of the phase II PoC study is to prove that VANADIS® is effective in patients with an acute myocardial infarction in relation to: